During the March school holidays our 1st team rugby boys attended a rugby training camp at school. The purpose of this camp was to fine tune the basic skills of rugby as well as increasing the fitness of the boys.

Our u14, u15 and 1st rugby team reached the finals of the Blue Bulls Section 4 Cup. Unfortunately our u14s lost to Hoërskool Uitsig and our u15s lost to Hoërskool Gerrit Maritz. Our 1st rugby team played against Hoërskool Gerrit Maritz in the final for 1st teams and won in the last minute of the game. This is the first time in more than a decade that our 1st team has won the Blue Bulls Cup.

One of our players, Xander Nel, was selected for the Blue Bulls u18 Academy XV-side. Xander competed in the national academy week that was held in the last week of the winter school holiday at Grey College in the Freestate. Xander was also appointed as captain of the side. His coaches commended him for his excellent leadership and for performing honourably on and off the field. Well done Xander!

Thank you to all our coaches for your hard work, commitment and sacrifices this year and all the years that you have been coaching at our school, we can see the results of your hard work in the number of provincial players that played in the first team this year, a total of 5 players have represented the Blue Bulls at provincial level. The time and effort you have put in has paid off dividends. May 2020 be an even bigger year!!

Hoërskool Akasia's u/14 and 1st rugby teams played in the Virsekerbeker Quarter-finals this past Saturday 27 July.

It is the first time in more than 10 years that the school had any team in the Virsekerbeker Quarter finals and this year we had two teams.

Unfortunately the u/14's lost 0-10 to Hoërskool Warmbad from Bela-Bela.

Things didn't start well for the first team as well. They played against Hoërskool Parys from the Freestate and in the first 10 minutes Akasia was 12-0 behind and it looked like it would be a long day on the field for the team.

Luckily they rallied together, led by Xander Nel, Molefe Ramotsepane, Nolo Shokane and Simphiwe Mabona. The halftime score was 12-10 to Hoërskool Parys.

In the last 5 minutes of the match, the Captain, Xander Nel, scored the winning try under the posts and converted it as well to make it 24-22 in the  favour of HoërskoolAkasia.

In the last moment of the match Hoërskool Parys was awarded a penalty right in front of the poles. If the converted the penalty, they would have won but luckily the kick went wide and Akasia won 24-22 to book themselves a spot in the semi-finals against Hoërskool Warmbad.

The semi-finals will take place at Hoërskool Warmbad on the 3rd of August 2019. 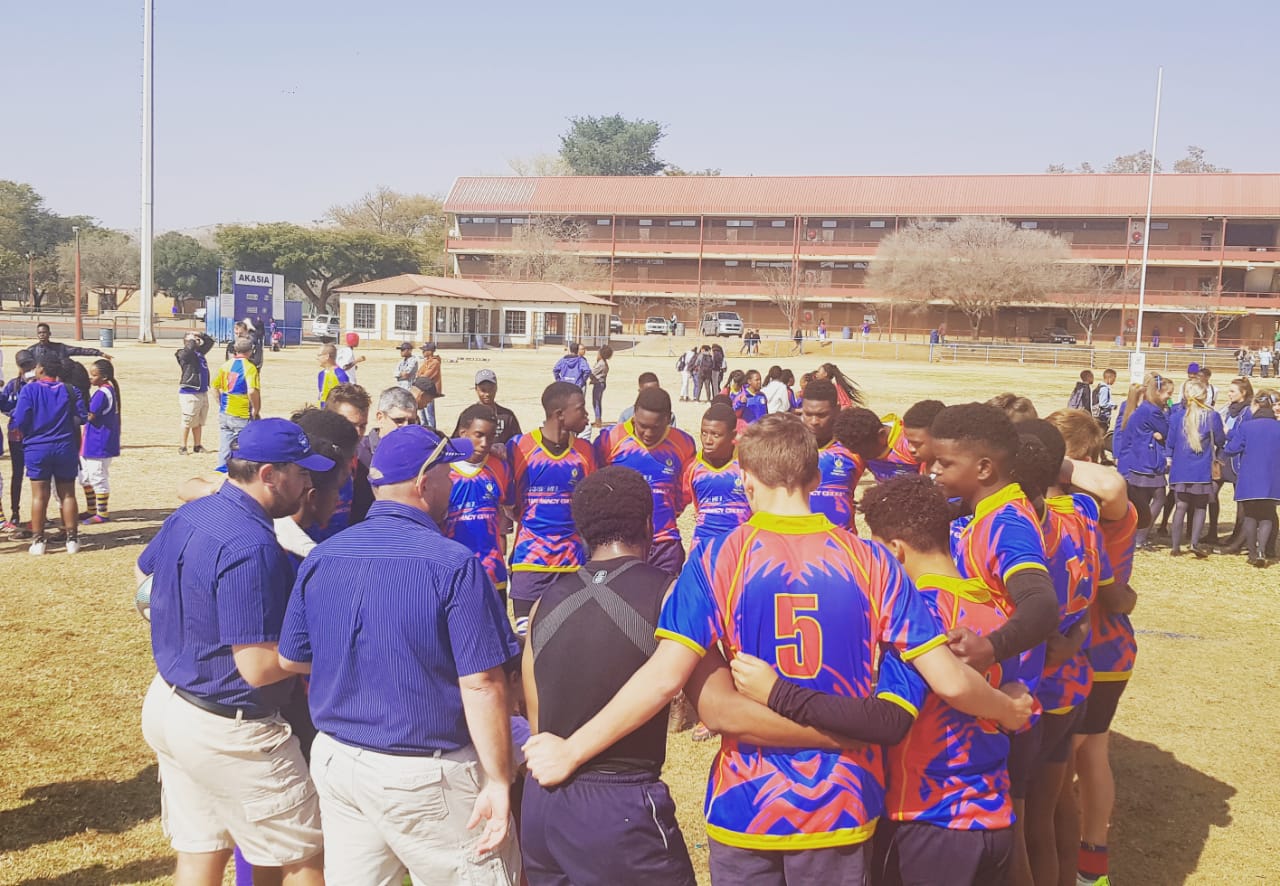 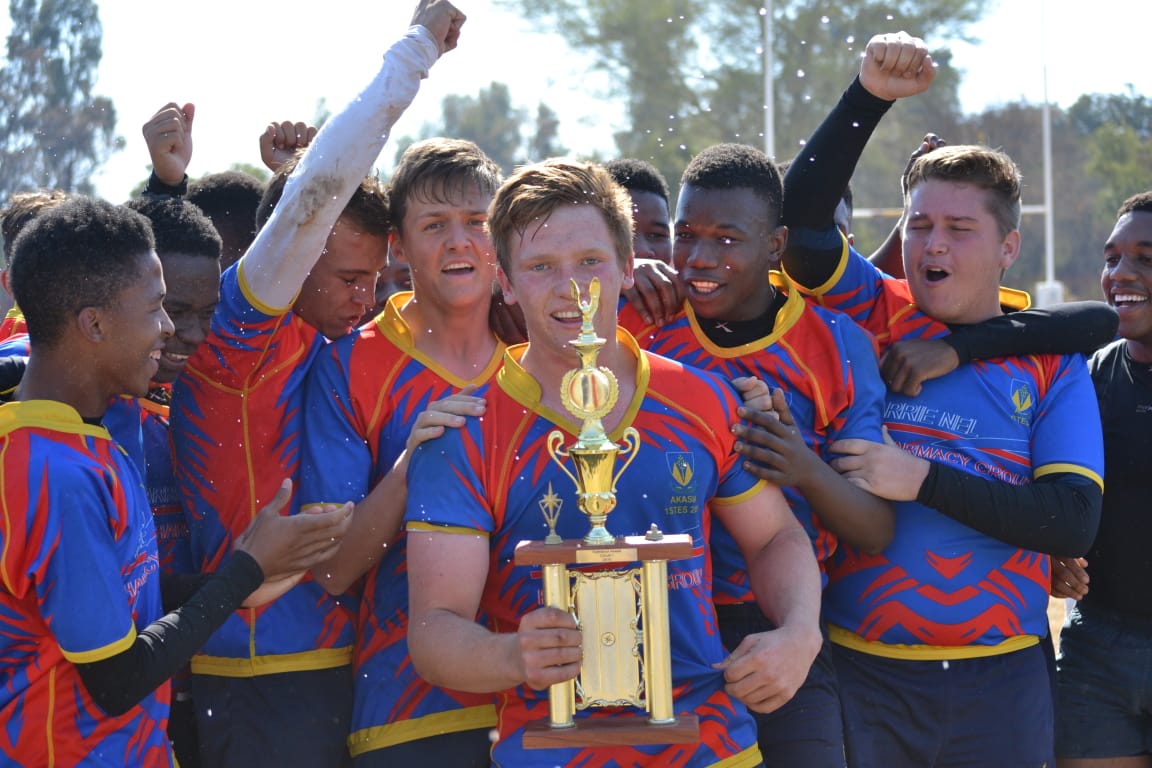 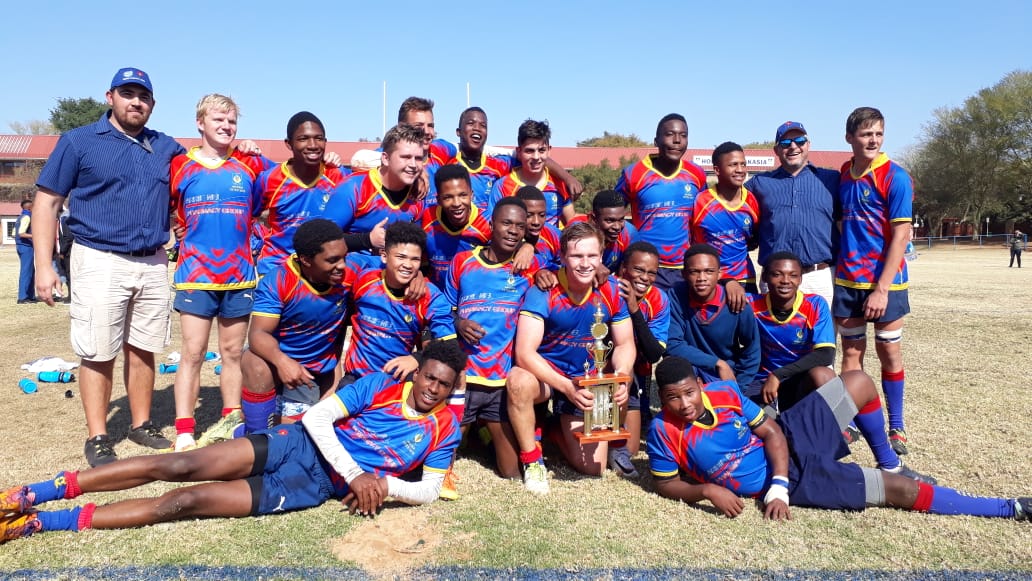 Gerrit Maritz scored the first try and the scores where level at 24 all with 3 minutes left on the clock.

According to the Noordvaal regulations the team who scored the first try when the scored are level wins the game.

Fortunately our first team rallied together and scored the winning try in the last minute of the game. 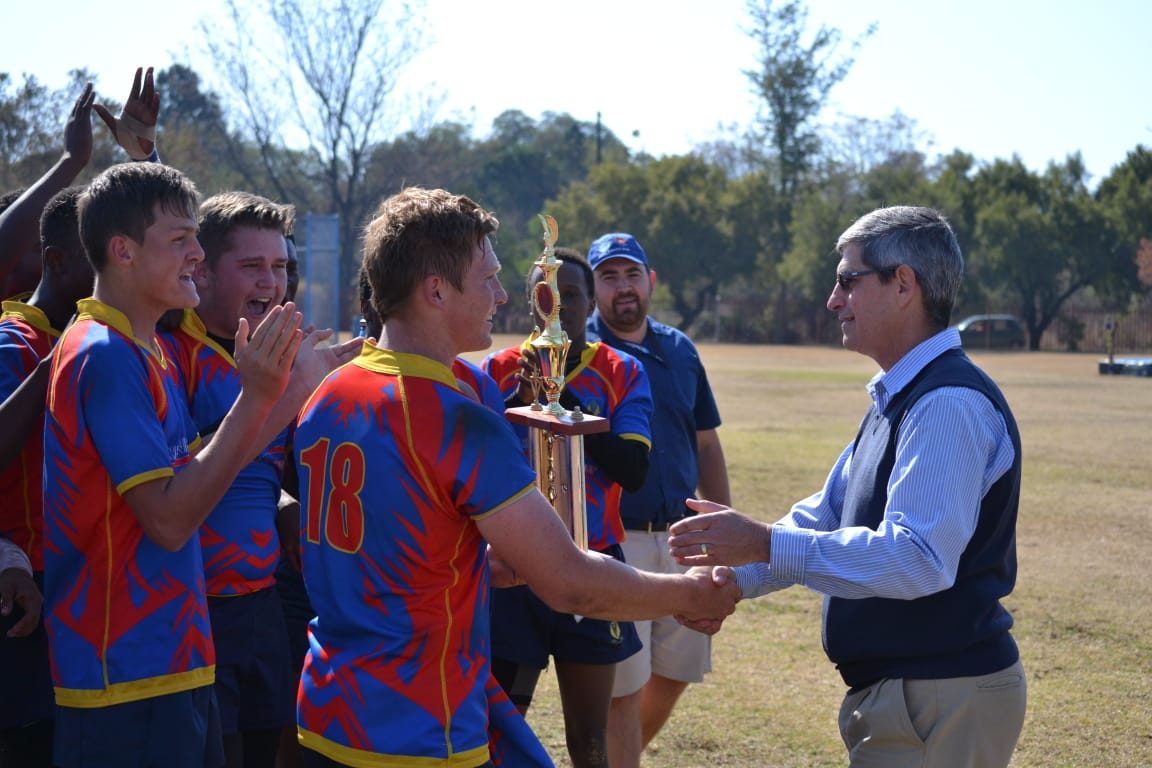 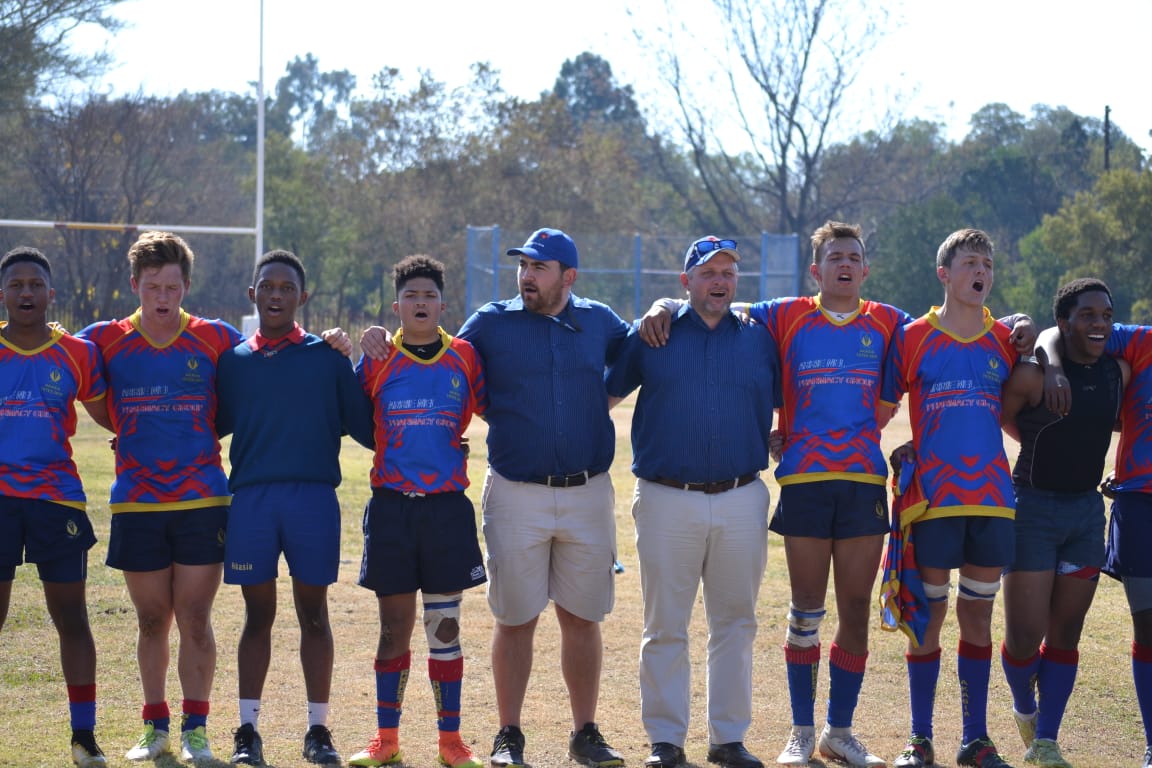 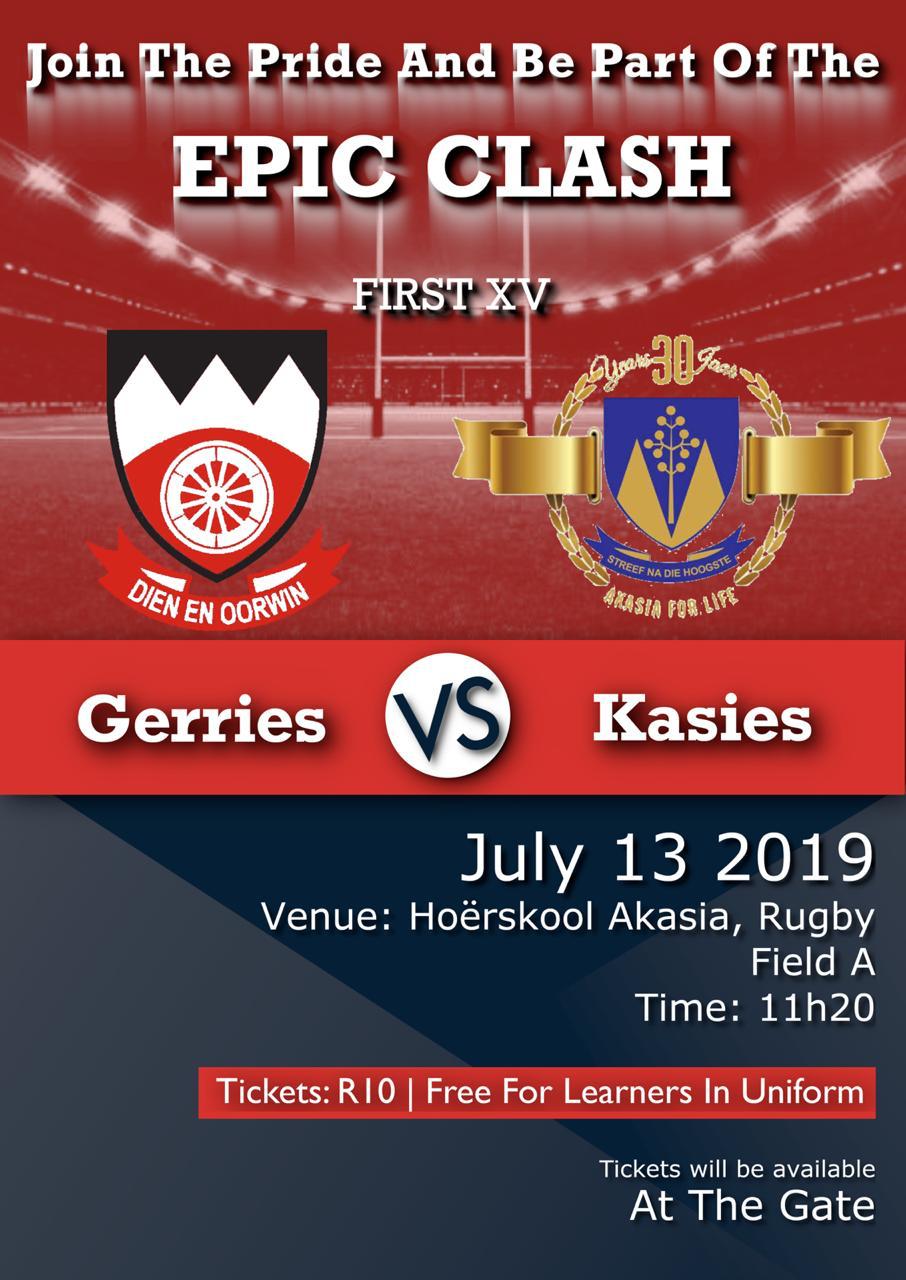 Entrance: R10 per person and R10 per vehicle.

First time in 20 years that the First Team plays in a Final. 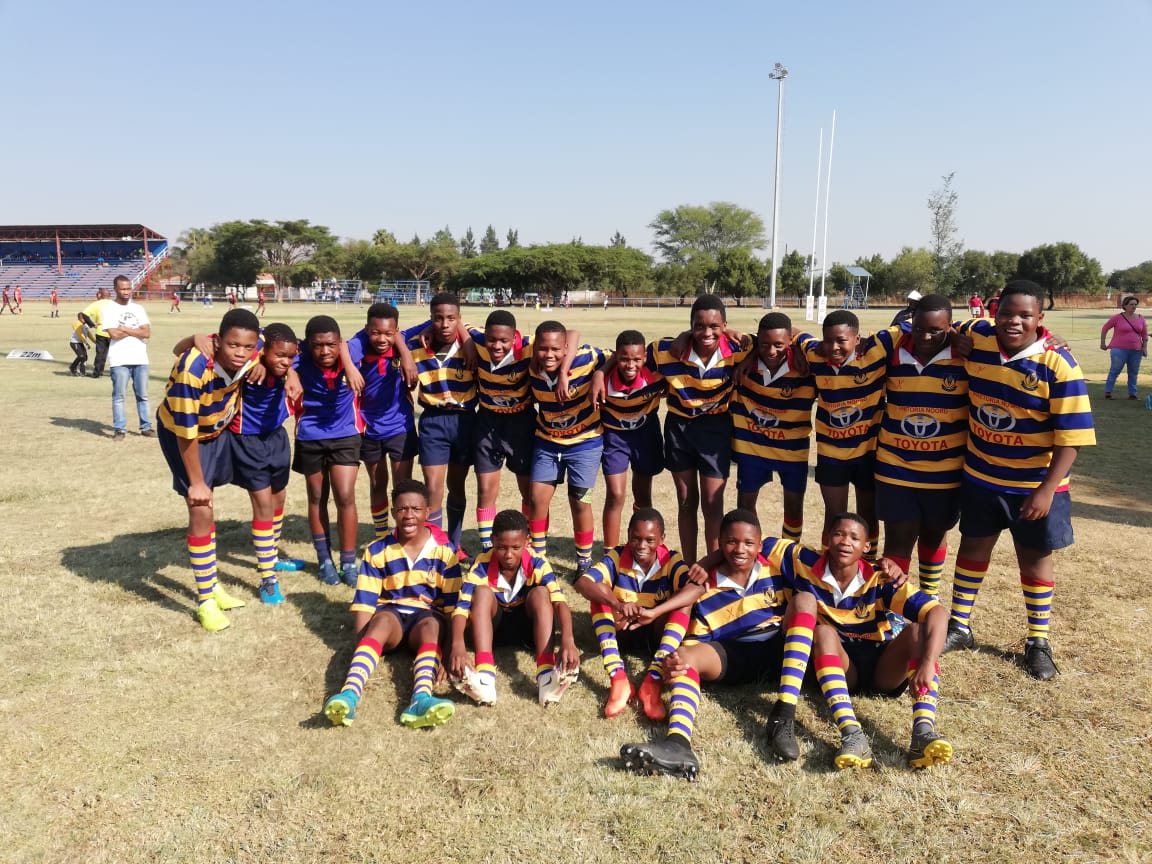 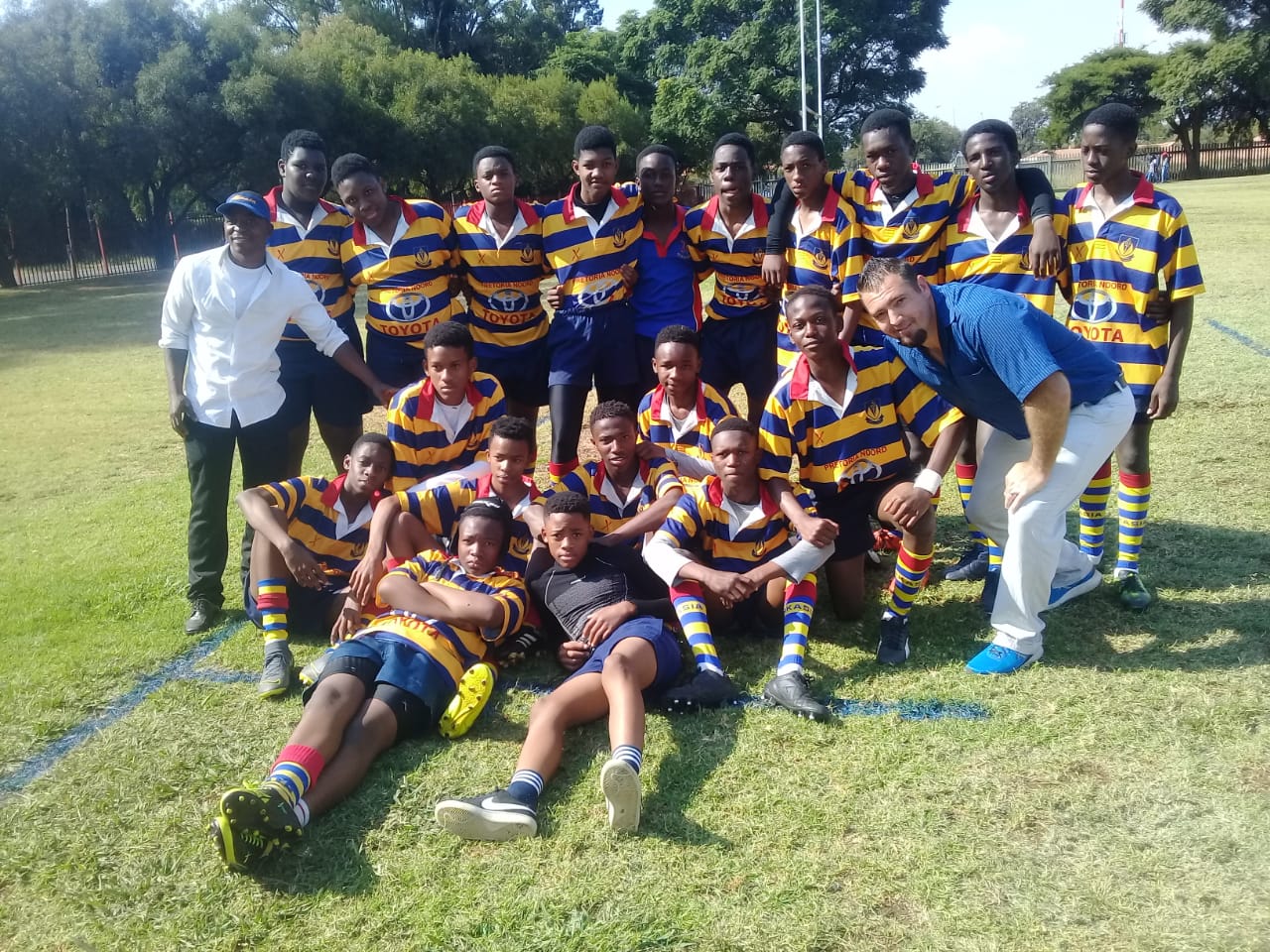 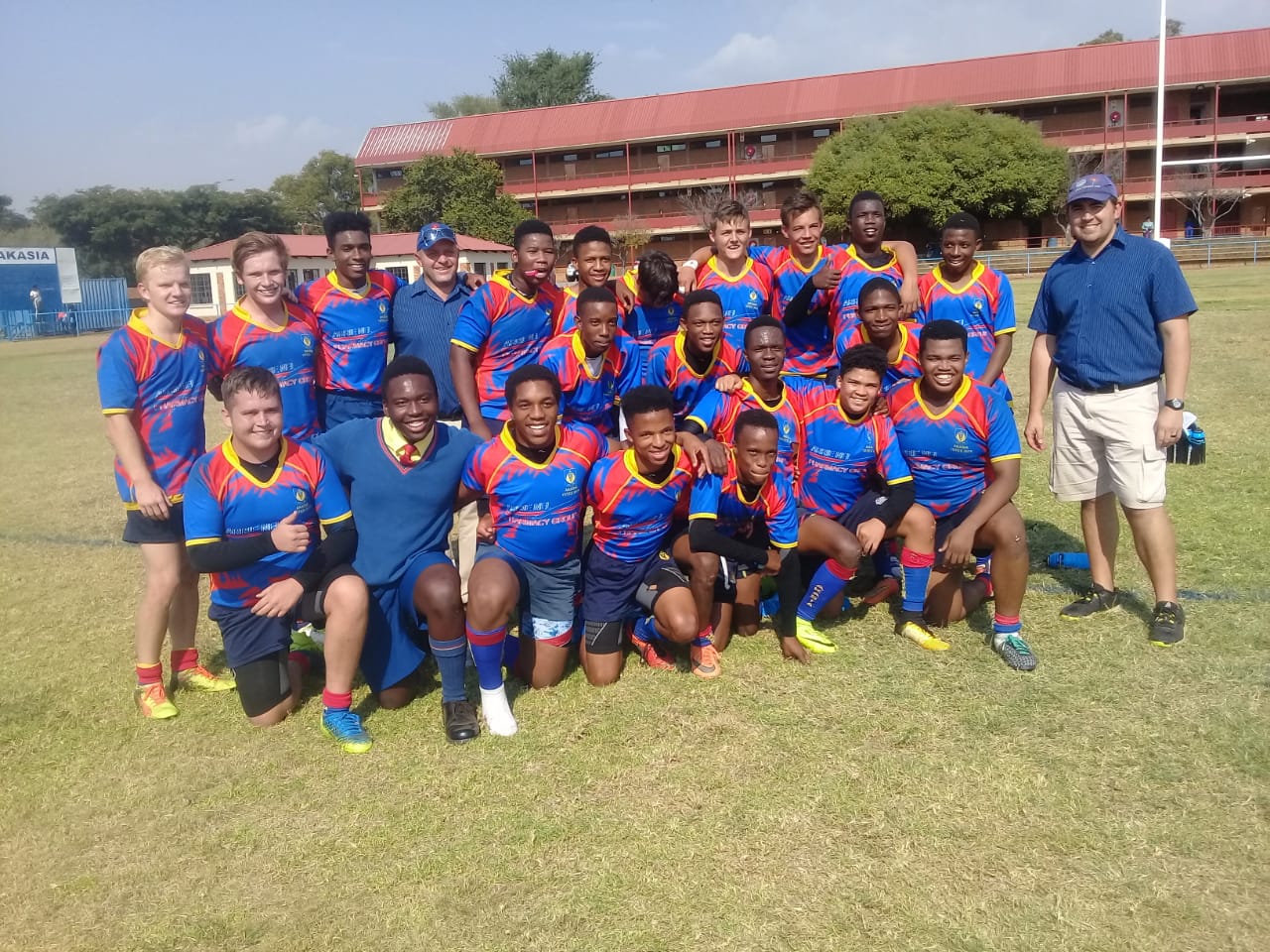 Man of the match: Xander Nel.