Lesego Shilenge won the Tshwane West District Olympiad and awarded a tablet by Mr Moloki. She will participate on Provincial level on the 14th of September 2019. Our best wishes accompany her. 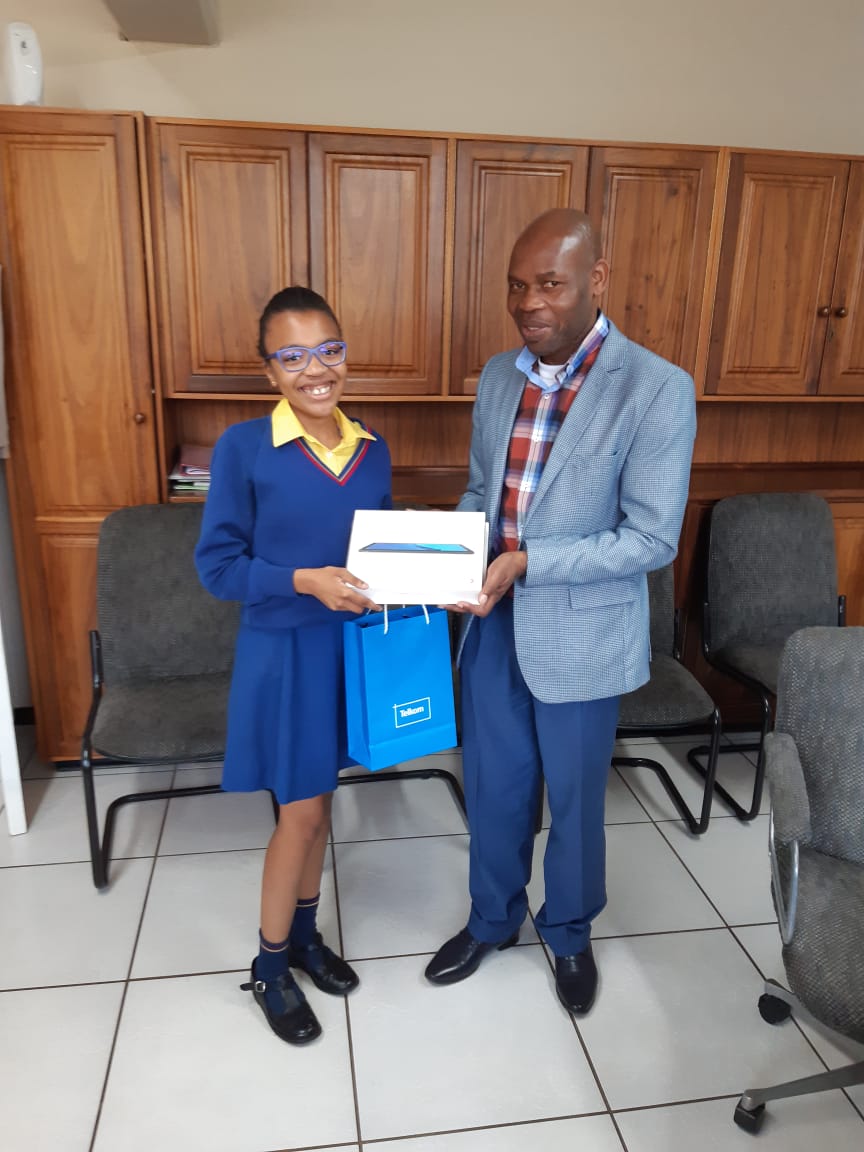 Akasia came second in the District.

Our learners from left to right:

They they came 5th in the Provincial Final.

The following learners will participate in round 2 of the CAT Olympiad on the 29th of May:

This event took place on Friday 19 July 2019 at Thuto Thebe.

Lesego Shilenge came fourth and Nolwazi Nhlabothi came third in their grades and are both going through to the next round at district level on 23 August at Thuto Thebe.

Congratulations to the following learners who achieved excellent result in the Afrikaanse Kunswedstryd category; Art.

Congratulations to the Gr 9 learners who took part in the EMS district Olympiad, Hoërskool Akasia finished in the 3rd place.

The following learners achieved a second place for the EMS Olympiad. They will go through to the Provincial Olympaid taking place on 15 September at Randfontein High.

Congratulations to the following learners who won the first round of the Maths District Olympiad.

The learners will be going through to the next round on 24 August 2018.

This gave our learners the opportunity to see the artworks that we discuss in class.

The learners also got to see artworks by new and up and coming South African artists.